‘Between 20:49 and 11:17’ is a project where artist Elien Ronse slept in a different place in Vienna each night for a set period of time.  She found places to stay through word of mouth and was welcomed by more than 20 different people and families. She established her own method of research by taking pictures, making videos and notes, aiming to be completely objective.

Ronse’s project explores the relationship between people’s behaviour and the way their house is organized. The act of brushing teeth together, sleeping in someone’s private room and seeing them first thing in the morning reveals information about her hosts that she would not have access to in a public space.

During the project Ronse methodically collected household objects, applying both rigorous and arbitrary rules to organize and display her archive. Generating the archive was a way for her to cross the threshold that separates intimate spaces from public ones. This is done to question assumptions about the way the domestic environment is used and understood.

During her stay in Vienna Ronse avoided tourist attractions and didn’t cross the Ringstrasse-border to the centre of the city, promoting her focus on domestic spaces. Ronse’s impossible wish was to get an overview of how Viennese people organize their ‘stuff’, and found herself constantly comparing and looking for specifics that distinguish the Viennese from people elsewhere in the world. She concluded that many Viennese people own ice-skates, have wooden floors, and take off their shoes indoors.

A house holds the most personal and intimate aspects of a person’s life, while at the same time is filled with commonly available and impersonal things, quotidian yet essential items that are mass-produced. She has discovered that in Vienna (and elsewhere), living spaces are structured simultaneously in a general and personal way - many people have a table with 4 chairs but not everyone has a red lamp that flashes when the washing machine has finished a load of laundry. 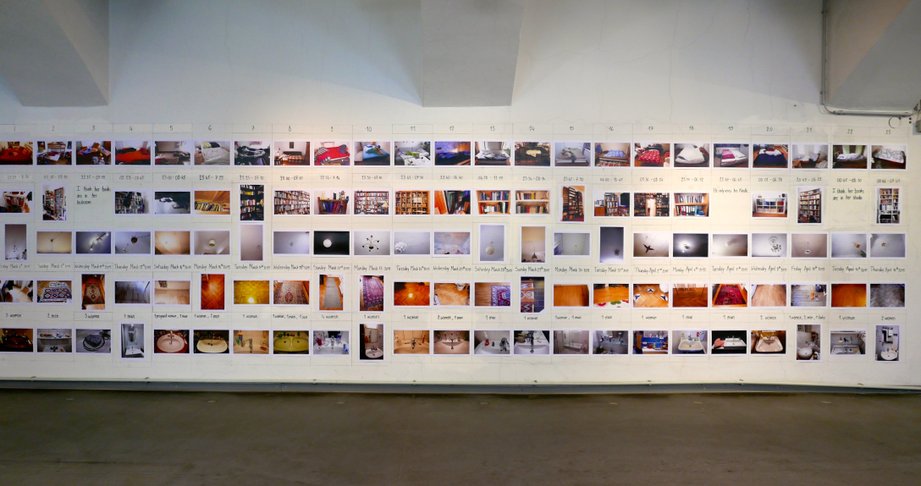 Listen to the alphabetical report